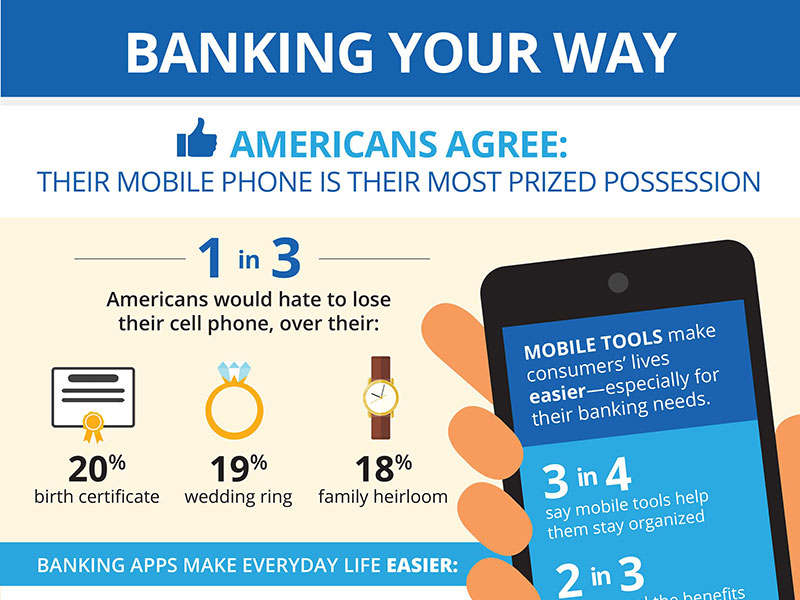 Americans Agree: Their mobile phone is their most prized possession.

Banking Apps make everyday life easier. 51% of users are tapping into their app at work. 35% use it while on a break. 31% use their app while eating at a restaurant.

Digital Banking on the Rise.

No wallet, no problem. 40% of Americans have either lost or forgotten their debit or credit card when they needed it. 25% realized they forgot their card when they needed to pay. 21% have lost their card. 2 in 5 would leave their wallet at home if they used a digital wallet. 48% prefer to pay using their phone vs. credit card or cash. 46% plan to make more payments with mobile phones MORE in the next five years.

Bought it for the ‘gram: Millennials are spending and saving for the perfect post

Americans Say They Owe Their Financial Foundation to Their Parents