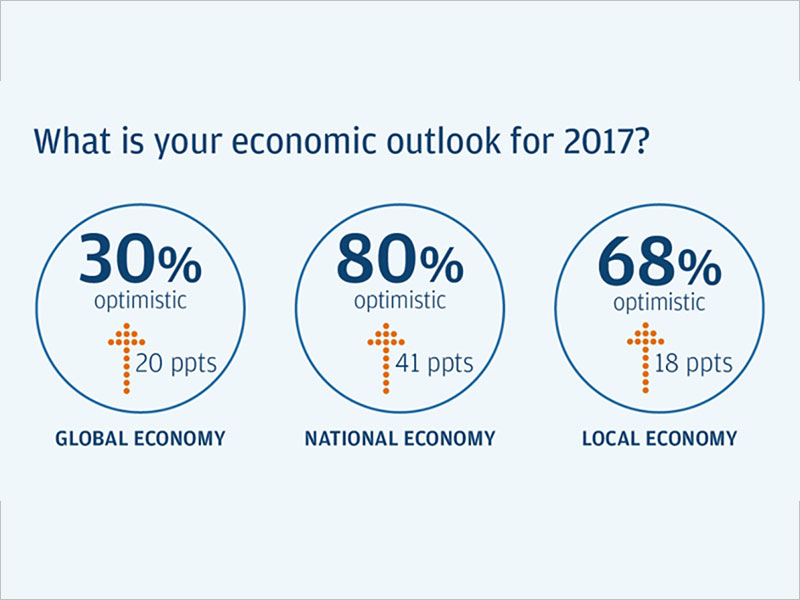 Expectations on the Rise

Our seventh annual Business Leaders Outlook survey provides a snapshot of the current business environment, the trends influencing that environment and the decision-making of the executives who operate in it. Find out what more than 1,400 middle market executives think about the economy and how they’re planning for the year ahead.

In a dramatic shift from last year, the 2017 survey, which closed the day Donald Trump was sworn in as president of the United States, recorded increased optimism across the board. Reporting high expectations for the new administration, over the next year, middle market executives expect improved performance in the global, national and local economies, as well as their own businesses.

Respondents indicated the expected impact of the new administration on their businesses:

Of those who indicated a positive impact, the top reasons are:

Of those who indicated a negative impact, the top reason is:

Middle market executives were asked to rank the most significant challenges facing their businesses in 2017:

What skills are most absent?