New spot shows ease of instantly paying others with Chase QuickPay®; campaign comes on heels of 38% growth in person-to-person payments.

NEW YORK, NY Apr 03, 2017 Chase today announced the launch of its new Battle of the Paddle digital banking campaign– bringing together two of the biggest names in sports for the first time.

In a new commercial, Stephen Curry, NBA star for the Golden State Warriors, and Serena Williams, pro tennis star, find themselves at opposite sides of a ping pong table for an epic battle.

"Working with Serena to film this spot was awesome, I had a great time,” said Curry. “I think she has a slight competitive advantage in table ‘tennis’ so I'm going to petition the Chase team for Pop-a-shot next time.”

“It was great that Chase was able to bring Stephen and I together for the shoot. We’re both very competitive no matter the sport, so we had a lot of fun with the filming,” added Williams.

The commercial is used to promote the growth and convenience of Chase QuickPay® – technology that allows customers to send and receive money in real-time.

"There are no bigger names in sports right now than Stephen and Serena. We’re excited to bring together these icons to show the power and convenience of Chase QuickPay."

Since the launch of Chase QuickPay in 2009, consumers are transferring funds at a higher rate than ever before. In 2016, Chase customers sent more than $28 billion using QuickPay – a 38% growth compared to 2015. 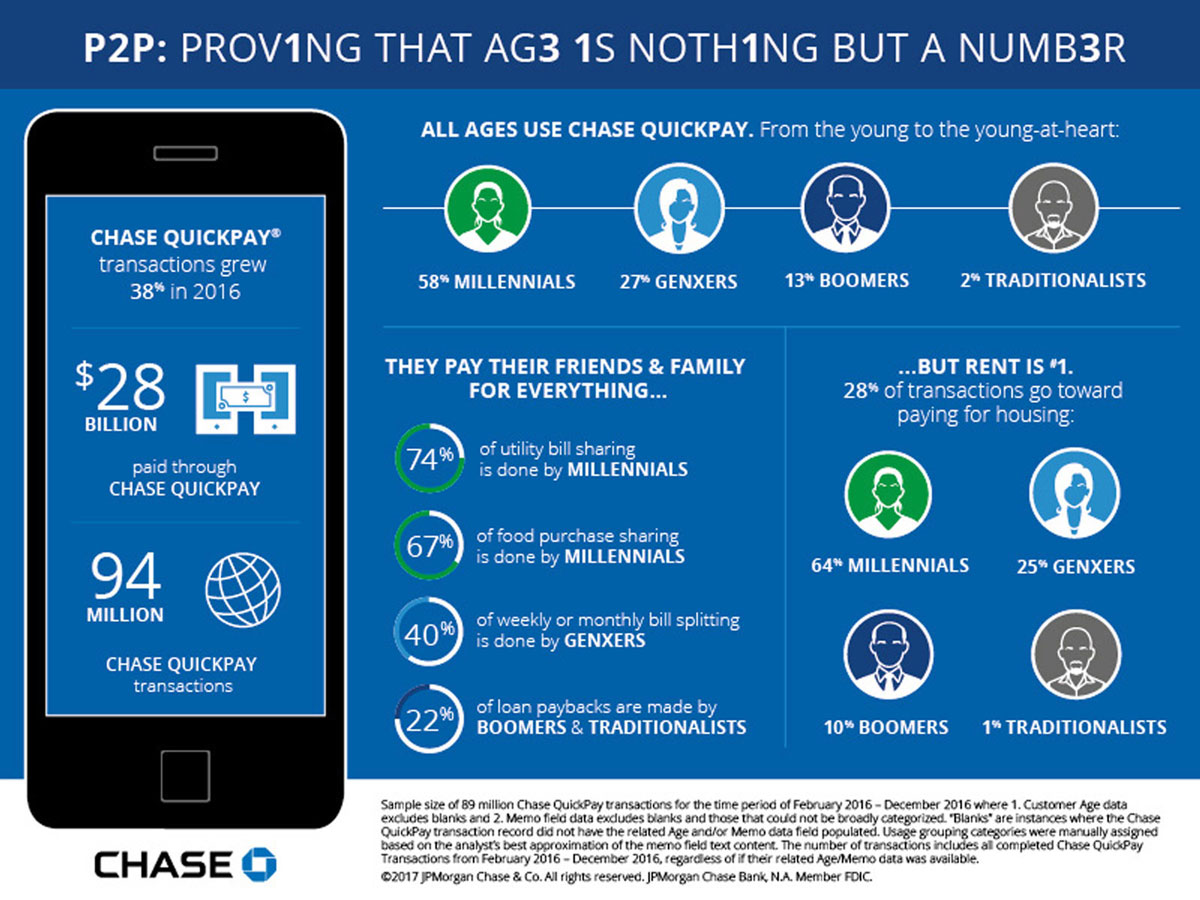 P2P: Proving that age is nothing but a number

All ages use Chase Quickpay.

From the young to the young-at-heart:
58% are Millennials
27% are GenXers
13% are Boomers
2% are Traditionalists

They pay their friends and family for everything…

28% of transactions go toward paying for housing:
64% are Millennials
25% are GenXers
10% are Boomers
1% are Traditionalists